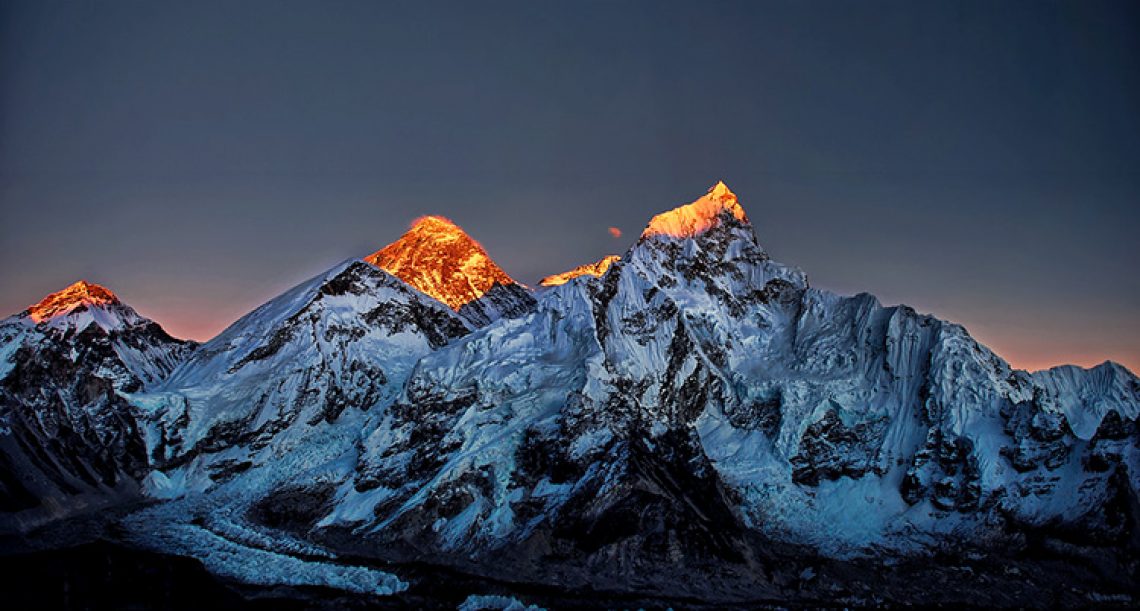 The Everest Base Camp trek on the south side is one of the most popular trekking routes in the Himalayans and is visited by thousands of trekkers each year. Usually the trek begins with scenic flight from Kathmandu to Lukla to save time and energy before trek to Everest Base Camp.

From Lukla, trekkers trek upwards to Namache Bazzar, (3440 meters) following the valley to the Dudh Koshi River.It takes two days to reach the village, which is a central hub of the area, typically at this point, climbers allow a day of rest for acclimatization. They then trek another two days to Dingboche (4260m) before resting for another day for further acclimatization. Another two days takes them to Everest Base Camp via Gorakshape , the flat field below Kalapather, 5,545 meters

Gokyo lake trek is another attractive trekking destination in Everest region. Gokyo is a small village but highest settlements in Nepal and in the world, at the bottom of Gokyo-RI and on the eastern shore of Dudh Pokhara. The village, barely a hamlet consisting of several huts, is located at an elevation of 4,750 meters.

Gokyo Ri, (5,537 m) is peak in the Khumbu region, From Gokyo Ri it is possible to see four 8,000 meter peak: Mount Everest, Lhotse, Makalu, and Cho-Oyu. The Gokyo lakes are in the area, The Gokyo trek is a fairly popular trekking route and ends at Gokyo-Ri. There is an alternative mountaineering route that begins near the southern tip of Ngozumpa Glacier which is the largest glacier in Nepal and reputed to be the largest in the whole Himalayas. This alrenative route leads east over the Cho-La pass at 5,420 m, where it meets with the main Mt. Everest Base Camp Trek. 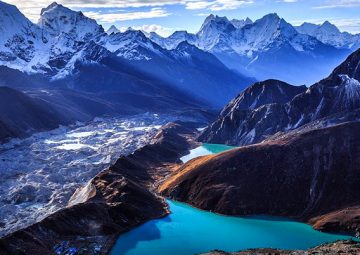 Gokyo lake is a popular trekking destination in the Everest region. Trekkers follow the same… 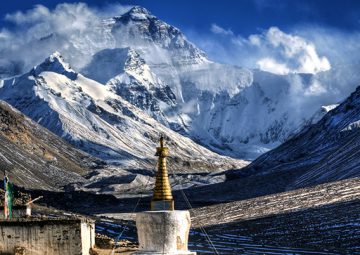 Gokyo-Chola pass is an optional trekking route to the Everest Base Camp trek. This route… 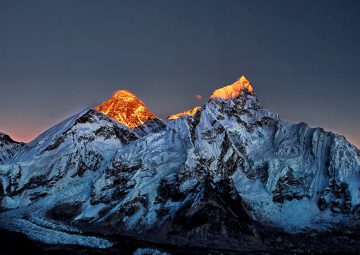