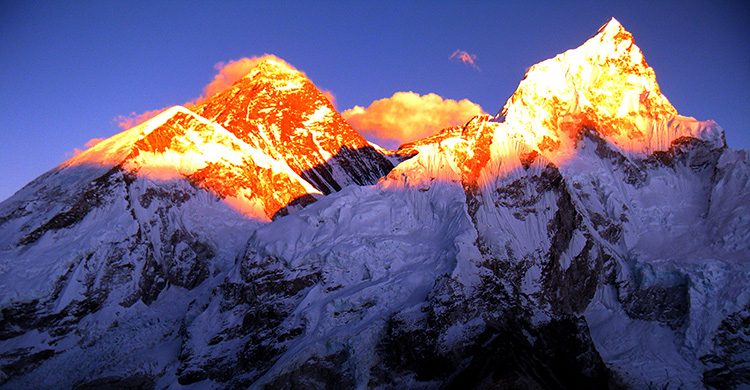 Friday, May 29, 1992, the streets of Kathmandu saw an unusual rally, in which the ralliers were celebrating a day that many Kathmandu locals, or indeed many Nepalese, did not even know existed. It was a rally marking the first ascent of Sagarmatha by Sir Edmund Hillary and Tenzing Norgay Sherpa in 1953, organized on a day dubbed by its participants as Sagarmatha Day.
“May 29 is a glorious day when two human beings stepped on the highest point on Earth. It was an achievement for the entire world and it happened in Nepal. So, shouldn’t we remember it? Shouldn’t we promote this at a global level?
These questions were shared by many others in TAAN and collectively, the association, along with other tourism and mountaineering related organizations, including the Nepal Mountaineering Association (NMA), lobbied the government after Sir Hillary’s death on January 11, 2008, to have May 29 declared the International Sagarmatha Day to honor the achievements and contributions of Hillary and Tenzing Sherpa.
“Sagarmatha Day is an occasion to highlight the relationship between man and nature, advertise the attractiveness of Nepal’s peaks and attract visitors,”
This year marks the 13th International Sagarmatha Day and the 67th Anniversary of the first ascent of the mountain. However, for the second year in a row, no formal programs will be held to celebrate it due to COVID-19, the Ministry of Culture, Tourism and Civil Aviation informed.
Since Hillary and Sherpa’s first ascent more than six decades ago, 5,790 people have reached the top of the world’s highest peak, according to the Himalayan Database. The actual number of people though will be much higher since the climbers are accompanied by guides and helpers.