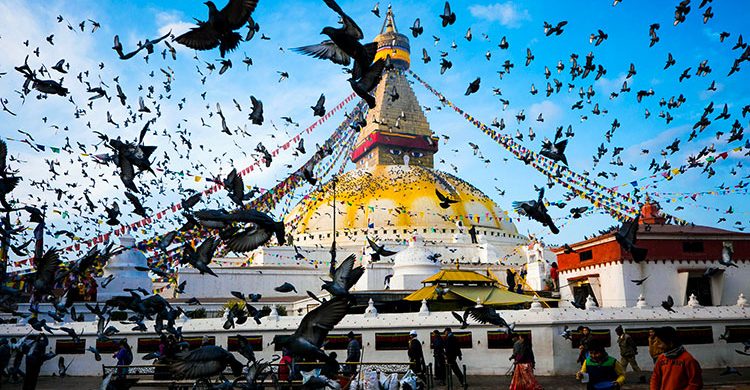 The Kathmandu valley is after a structure in Durbar Square called by the Kasstha mandapa “Wooden shelter” Legend has it that the timber used for this two-story pagoda was obtained from a single tree. The architectural heritage of Kathmandu is that all monuments have evolved over centuries of craftsmanship influenced by Hindu and Buddhist religious practices. The architectural treasure of Kathmandu valley has been categorized under the well-known seven groups of heritage monuments and buildings. Seven monuments in Kathmandu valley are Kathmandu Durbar square, Patan and Bhaktapur Durbar square, and other four places are listed under pilgrim sites like the Hindu temples Pashupatinath and Changunarayan and the Buddhist stupas Swayambunath and Bouddhanath.

Kathmandu has also been described as the “Land of Gods” or “The City of Temples” and also well known as the “land of the largest congregations of magnificent historical monuments and shrines ever built”.  The city core has the most remarkable cultural wealth that evolved in the reign of the Malla (Nepal) kings between the 15th and 18th centuries. Kathmandu valley has been the center of Nepal’s art, culture, and economy. Religious and cultural festivities form a major part of the lives of people residing in Kathmandu. Tourism is an important part of the economy as the city is the gateway to the Nepalese Himalayas.