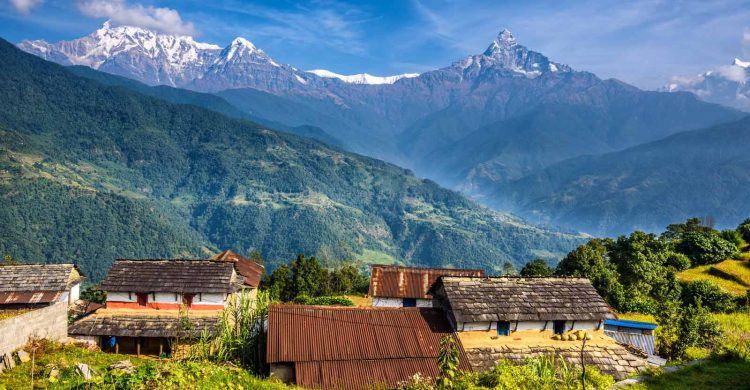 Nepal was divided into many small states during the ancient period. During the period of the Twenty-two and Twenty-four States, Tanahunsur was the capital of Tanahun. It was established as one of the powerful states in history. Tanahunsur is about 1241 meters high from the sea level. The place has three other similar peaks which are called “Tritung”. According to historians, Tritung is later transformed as Tanahun. There are several ruins and some are under reconstruction including palaces, forts, and fortresses used by the royal. Streams, cannons, and other weapons, remnants of the landmines, and gun powders can be seen scattered over the place.  The royal seat, wells, pond for the queen (Ranipokhari), shelters (Dharamshala), Queen’s garden, Bhagwatipani temple, Paddy warehouse (storage), Bishnu and Shiva temple, elephant fort, parade ground(Tundikhel), Silkhana, Jarkate riots, silver flowers are the remains of past.

Martyr Park and Mirror cliff (Yana Bhir) is amazing to see. It is one of the unique places to visit in Nepal. These historical and archaeological sites are keeping Tanahunsur alive. It may be promoted as a tourist destination that is rich in historical, religious, cultural, and natural diversity. The place is really fascinated by the art, culture, customs, and lifestyle of the local people including the Newar, Dalits, Gurungs, Bramin, and Kshetri. They perform wonderful cultural dances like Chudka, Sorathi, Balan, Devinach, Lakhe, Gai Jatra, Ropaijatra during Chandi Purnima, Chaite Dashain, and Tulsi Ekadashi. Preserving and promoting these cultural and historical artifacts, sites, and natural beauties of Tanahunsur may develop the place.