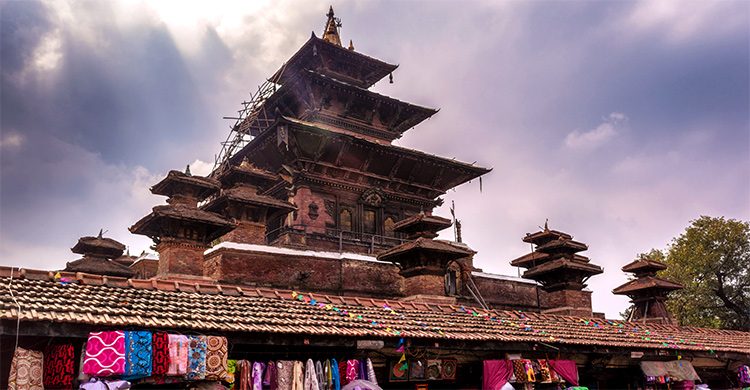 Kathmandu Durbar Square is an old place but the place where god still exists. The Kathmandu Durbar Square is listed in UNESCO World Heritage Sites. Several buildings in square collapsed due to major earthquake on 25 April 2015. Durbar square was surrounded with spectacular architecture and brilliantly showcases the skills of the Newar artists and craftsmen over several centuries. The Kathmandu Durbar Square held the places of the Malla and Shah King who ruled over the city. Along with these places, the square surrounds quadrangles, revealing courtyards and temples. It is known as Hanuman Dhoka Durbar Square, a name derived from a statue of Hanuman the monkey devotee of Lord Ram at the entrance of the palace. Kumari Ghar is a unique attraction of Durbar Square where a Royal Kumari selected from several Kumari’s. Kumari is the tradition of worshipping young pre-pubescent girls as manifestations of divine female energy or Devi in Hindu religious traditions. Kumari is believed to be the bodily incarnation of the goddess Taleju (The Nepalese name for Durga) until she menstruates, after which it is believed that the goddess vacates her body.